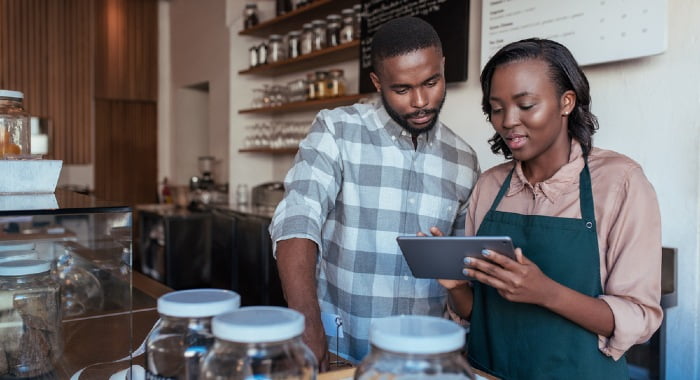 Chancellor Rishi Sunak appears to have undergone a change of heart regarding his rescue package for the UK’s smallest companies. After doggedly refusing to countenance the idea of providing 100pc loan guarantees for firms, he is now reputed to be assembling a new scheme for Britain’s so-called micro-businesses.

The scheme is expected to offer loans of up to £25,000 to micro-SMEs and have the full backing of the Treasury. The aim is for this to spearhead credit to an essential sector of the economy. And a sizeable sector, too; there are an estimated 5m SMEs in the UK, with around 16.6m employees.

Research shows that one third of small businesses could go bust within two weeks. Nevertheless, the change in attitude is surprising. To begin with, as recently as three days ago Mr Sunak brushed aside calls for 100pc guarantees on loans for businesses hit by the coronavirus, saying he was not convinced it is ‘the right thing to do’.

Understandably, the Government is under intense pressure to develop the support it is providing to counter widespread criticism of both the scale and speed of delivery of its bailout package. Business owners complain that the lending criteria are too stringent, especially the almost impossible task of proving future financial viability.

Loans not intended for micro-SMEs

Lending has been increased, as a total of £2.8bn has been lent under the coronavirus business interruption lending scheme (CBILS) to more than 16,000 companies, with around half the amount being given in the past week alone.

However, that accounts for fewer than half of the 36,000 applications, proving that the system is still disconcertingly inefficient. It is also small fry compared to the $350bn (£307bn) that the US version of the scheme showered on its businesses.

Yet in the midst of the backlash over CBILS something that appears to have been overlooked is the fact that these loans were never intended for micro-SMEs. As grants of £10,000 are available to small firms of any size, that scheme has been working well.

At the start of last week, almost 500,000 grants, worth in excess of £6bn, had been issued, which means that around half the £12.3bn set aside had already been used up.

Which raises the question: why create a new scheme? Clearly, providing more support is all to the good. And obviously, a £25,000 loan, in addition to a £10,000 grant, is a great helping hand, assuming business owners will be allowed to take both. But there are doubts as to whether a 100pc guarantee will make any difference. Alison Rose, head of RBS, does not think so.

The problem stems from the fact that many of the smallest businesses are essentially one-man bands, operating as micro-enterprises from home. This means that despite full state backing, banks are still restricted by the Consumer Credit Act and have a duty of care to ensure customers are capable of repayment.

Although a new emergency support package may sound attractive, it looks more like artful deception by a Chancellor desperate to deflect criticism from Tory MPs and the Governor of the Bank of England.

As a postscript, regulators at the Financial Conduct Authority (FCA) were grilled last week over whether rules intended to prevent risky lending in normal times are causing major delays in the rush to direct money to companies facing collapse. An FCA spokesman said the regulator is doing everything it can to support lending .

However, the trade body, UK Finance, said earlier last week that only 36,000 applications for the small business loan scheme had been processed, a fraction of the estimated 300,000 original inquiries about the aid package. Furthermore, businesses that drop out of the process are no longer being recorded.