What Is A Non-Disclosure Agreement (NDA) And When Do You Need One?

Non-Disclosure Agreements (NDAs) are legal documents that every business needs to understand and keep up their sleeves.

But, like any legal contracts, NDAs can be confusing and are often misunderstood.

Known as confidentiality agreements or ‘gagging contracts’ NDAs help keep company secrets from getting into the wrong hands.

In recent years, they’ve got a bad reputation from Harvey Weinstein scandals and corporate misuse. But that doesn’t mean you shouldn’t trust NDAs. When used correctly, they protect your business from suffering potential losses when losing an employee or entering contracts with other organisations.

So, let’s cut the legal jargon and find out exactly what NDAs are and when you should use them.

What is a non-disclosure agreement?

An NDA is a legal agreement not to share company secrets. It’s used when people are going to gain access to certain information, such as client names, internal processes or data that the company does not want to make public.

So, an NDA outlines what information can and cannot be shared.

In addition, an NDA:

There are two main types of NDAs: unilateral NDAs and mutual NDAs.

Unilateral NDAs are the most common type of NDA. This is where the business gives their information to one party, and they agree not to share it. An example of this might be one given out to all employees to not share information with competitors.

Mutual NDAs are similar to normal NDAs, but apply to two or more parties instead of one. This might happen if two businesses decide to run a campaign together or collaborate on a project. With a mutual NDA, neither business can share information about the other.

What are the benefits of a NDA?

NDAs are used for protection, as they act as a way to prevent people from leaking your company secrets. But if anything should get leaked, they give you a way to seek damages. That’s because NDAs include the exact date, terms and parties involved.

There are no grey areas when it comes to NDAs. You know exactly who is liable for what and the whole thing is in print and signed.

There’s no pointing the finger back and forth here. It’s proof that everyone has read and understood the conditions. So, if you need to seek damages, the process will be straightforward.

When do you need an NDA?

Some companies recommend that NDAs are best for small businesses or independent contractors.

This is because small companies will want to protect their processes, customer lists or recipes while they’re building their brand and most susceptible to damages if this information gets out.

In the same light, independent contractors will want to prevent customers from sharing their trade secrets from the services they provide, which will make it harder for them to gain new customers for the future.

Essentially, NDAs are important for those who have valuable information to protect.

Not sure if you need an NDA?

Ask yourself these essential three questions:

If you answered yes to any of these questions, then an NDA might be the right choice for you.

The 4 essential pieces of information every NDA needs

Decided that an NDA is right for your business? Let’s start getting into the nitty-gritty details of what every NDA needs to be effective.

NDAs need a date to be legally binding.

This stops people from backdating their NDAs and trying to hold people accountable for situations that are outside of their control.

Generally, most people set their NDAs from the date they were signed. But there are some instances where you might want to select another date, such as the start date of a new employee or contractor.

As well as a date, NDAs need to specify how long they will be in effect. This can range from anything from a day, to an indefinite number of years.

There are no set guidelines on how long an average NDA should last, it all depends on the specific situation and information that you are trying to protect. Bear in mind that the longer the time frame, the less likely people are to agree to the terms in your NDA.

Let’s say you’re a contractor. Not talking about trade secrets or working with their client base for the 6 months you’re contracted out to them is fine. But having to hold onto those secrets and permanently banning yourself from these clients – even if they’re no longer with that company?

That’s a lot to ask for.

Your attorney will be able to advise you on the best time frame to put down for each situation.

NDAs would be pretty useless if you didn’t include the information you needed to protect in the first place.

In the agreement, this is referred to as ‘confidential information’. And you mustn’t be shy about listing exactly what it is that you need protection.

The more specific and detailed you are, the better protection you’ll have for your company.

There are a couple of reasons for this. Firstly, by being as detailed as possible, the person signing the contract will have a better understanding of what they can or can’t share. Which means your information is less likely to get out because of a slip-up.

Secondly, detailed information is needed if you need to take action against anyone who breaks the agreement. Vague, general listings like “company processes” won’t cut it. There’s a lot of different ways to define this, meaning they’ll be harder to prove in a court of law.

4) Consequences for breaking the NDA

Okay, you’ve got your agreement lined out and a clear overview of what information people cannot share.

The next thing to do is outline what happens if that agreement is broken. Otherwise, your NDA will have the legal power of a broken pinky promise.

So, make the consequences of breaching the contract clear. State who is responsible and what they will be liable for. Once it’s signed, this is what will help you be repaid for the damages the broken NDA agreement has caused.

The structure of an NDA

Each NDA will be structured and built for each individual case. But generally, most NDAs follow the same basic structure with these sections:

This is where you outline the date, companies or contractors involved in the agreement. It’s needed to make it clear who the contract is between and the date it was produced.

This example from Fit Small Business is a simple one to follow:

This Agreement [“Agreement”] is made as of Date [“Effective Date”] between [“Company”] and [“Employee / Vendor”], collectively referred to as the “Parties.”

This is where you outline the purpose of your NDA and the time frame that it is valid from. For example, you might put that the purpose of this agreement is to give a contractor will access to client information during their employment that cannot be shared elsewhere.

This is where you outline who is sharing the information, what information will be shared and what rights the business has to this information.

In addition, this section will also outline any disclosure restrictions where certain information is allowed to be shared. For example, if a web developer is used, they will need to be given access to the company’s website. Or if your contractor has an assistant, they will be given access to data to compile reports.

The standard of care describes what measures are in place to protect the information shared.

This section is to ensure that copies of documents or data cannot be made. Any information sent will need to be secured and destroyed after use.

In addition, a ‘return and deletion of information upon request’ section will state that any information and data needs to be returned to the business on request. The name of that section says it all really.

This section is to confirm that the NDA is an agreement between the parties listed in the introduction and doesn’t protect any other third-party information that may be shared.

This section is aimed to protect the business. It states that if the agreement is broken by a contractor or employee for example, the blame lies entirely on the individuals. It is not the business’s fault.

Extra protection is also added through a severability section. This is a legal part that states if one part of the contract isn’t valid – the rest is still legally valid and will stand up in court.

A merger clause is also used to ensure that this is the primary document between both parties, regardless of any other documentation or emails that may have been sent.

This part of the NDA prevents either party from passing on the agreement to another person. For example, if a contractor sells their business, they can’t give your terms to a new buyer. A new NDA will have to be made for the new party to agree to.

This section outlines how the agreement will be enforced. If needed, this part will also outline where an injunction or legal action will be filed for damages.

This section is to state that every party is acting in good faith. It ensures that the NDA is made in agreement with both parties, rather than one company to take advantage of the other or force them into a situation that they do not agree with.

This part of the agreement is to ensure that both parties have read, understood and agreed on everything that’s stated in the document. A capacity to contract section will also state that the NDAs cannot be made for minors or people who are mentally incapable of understanding a contract.

A construction section also states that not only have both parties have understood, but they have equally created the document together. This prevents any potential disagreements on the contract’s creation if it should go to court.

Finally, both parties will sign and date the document, providing evidence that they agree to the contact.

Without the signatures, your NDA is not legally binding, which makes this arguably the most important part of the document.

Can I use an NDA template?

There are plenty of NDA templates that you can access for free, including Docracy, Entrepreneur, and Legal Templates LLC.

All you have to do is download them and edit the information to match your needs.

If you use a template though, have a solicitor check over the document before it’s used though to make sure that the information is correct and will stand up in court.

NDAs in a nutshell

NDAs are a way of keeping business information safe, by providing legally binding consequences to anyone who breaks the contract. They are best used for any company that can be damaged if trade secrets or client lists were made public or given to competitors.

If you do decide to take out an NDA, remember to keep it in date. Review them every year to make sure no changes or amendments need to be made and that they are still in date.

Your solicitor will be able to give you advice on if an NDA is right for your business – and how to create the right contract to keep your information safe.

What Happens In HMRC Investigations And How Do I Prepare For It?

Do I Need A Solicitor To Start A Business? 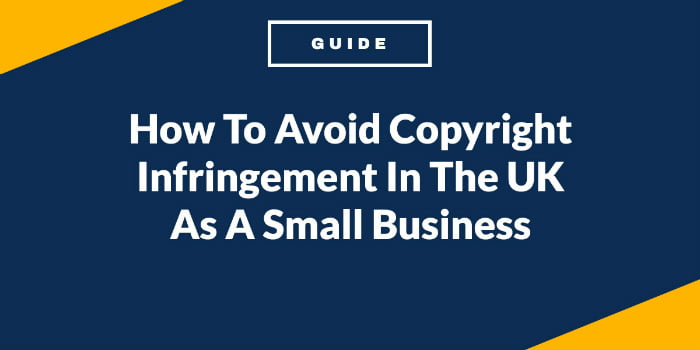 What Are The Legal Obligations Of A Sole Trader?

Getting Your Website Online: The Best Hosting For A New UK Business